Don't paint a boat green, no bananas on ships and don't invite the priest: take a look at 13 of our favourite superstitions at sea

It is thought that once a boat was given a name, or ‘christened’, it started a life of its own, a journey, metaphorically and literally, that’s why renaming it was, and still is in some circles, a no-no.

However, YBW’s reader John gives another reason for which renaming a boat was thought to bring bad luck.
“In days of old – if a boat suffered some mishap this often resulted in it subsequently changing hands/flag. The new owners not wishing the boat to be associated/tarnished with its dubious past – then change the name to start a fresh/clean sheet. So there is a linkage between’ bad luck’ and a ‘boat’s name being changed’ – but the bad luck comes first causing the name to be later changed – not the other way round”.

Never take bananas on boats, they bring bad luck! This common superstitions is thought to originate from many sources. The most common is the peel, known for being slippery, but it’s unlikely this is where the superstition comes from. It’s believed that in the 1700s many cargo ships carrying the tropical fruit, would often disappear at sea, hence the origin of its bad luck. The fact that it spoils easily, emitting toxic gases and that it attracts insects are all reasons why it’s likely that the common banana is verboten on board.

From painting a boat the colour of grass to having anything of that hue on board, even little specks on ropes, the colour green is not a sailor’s friend. The association is likely to be with land, in fact seamen thought painting a vessel green would ensure it’d run aground.

Without a doubt the most misogynistic of all sailing superstitions. Women were thought to be a temptation to sailors, so having them on board was not an option. Their presence would anger the seas, making them rough and dangerous. However, perhaps as a little reminder of their wives left behind, wooden figurines of naked or half naked women were absolutely fine. Often found on boats and they were thought to calm the seas.

Starting a voyage on a Friday was considered unlucky, probably because Jesus Christ was crucified on that day.

Whistling on a boat is bad form. It’s believed that it will change the wind and even upset the seas.

According to legend witches would hop on an egg shell found in the sea, sail on it and step aboard the unlucky vessel that had discarded it. So to avoid this, egg shells were broken into tiny pieces so the witches couldn’t use them as boats.

Poor red heads – they’ve been considered unlucky in many cultures. Sailors believed the only way to stop the curse if they met one before setting sail was to speak to them first. But why is that? It’s likely to be because red is a receding gene, making red heads less common than blondes and brunettes. Also the colour red has long been associated with a fiery nature, temptation and of course, the devil.

Passing a salt receptacle to a fellow seaman was regarded as highly unlucky. The reason for it is because spilling salt is considered unlucky, and not just on boats. This is probably because salt was a valuable commodity and to spill it was a great waste.The saying ‘pass salt, pass sorrow’ summarises this quite well.

No counting the catch of the day onboard

Fishermen believed that counting the fish they’d caught whilst still on board would mean they wouldn’t catch as many in the future. Counting them back at port though was absolutely fine. This superstition may be associated with christianity and the sin of greed.

Never let a priest onboard

They wear black, another unlucky colour as it reminded sailors of the dark depths of the sea, and they conduct funerals. They have no business on boats! Or so seamen believed.

To this day, before launching a vessel, a bottle of champagne is smashed against the bow. And if it doesn’t break? Well, it’s bad luck! This tradition is very old indeed and the ancient Greeks and the Vikings had their own versions of it.

Rats are thought to be able to sense disaster, so if rodents were seen abandoning a ship, it was thought that the craft was going to sink.

Keep everyone entertained with our updated compilation of the best nautical jokes around..they're guaranteed side splitters!

The 90s gave us some memorable boat-themed film classics. The Hunt for Red October kept us glued to the screen… 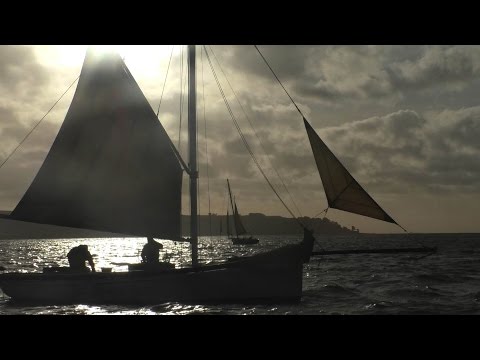 If you think cruising is strictly a summer pursuit then international cameraman and programme-maker, Dylan Winter is on a mission…