When you're out at sea, it is imperative you know the "rules of the road"! Watch as a small boat is buffeted out of the way by a large cargo ship in the middle of a shipping lane!

Wherever you are in the world, it is important to know the “rules of the road”!

Clearly, the skipper of the small fishing boat “forgot” that it is best to stay well clear of large vessels, like cargo ships.

The accident took place in the Gulf of Izmit in Turkey.

In the video, the fishing boat can be seen heading straight for the cargo ship before it is buffeted out of the way.

Luckily, the fishing boat appears to escape without a scratch.

We’re sure the vessel’s skipper would have been left red-faced by the incident!

The RYA advises that: “Big ships can’t manoeuvre as easily as smaller boats and they also have to stick to deep water channels, so smaller boats should keep out of their way and alter their course in good time, making their intentions clear to the skipper on the deck of the big ship.”

When anchoring doesn't go according to plan! Watch the video of the anchor being lost here!

The Port of London Authority has now started an investigation after the luxury charter boat, Erasmus, hit a riverside wall… 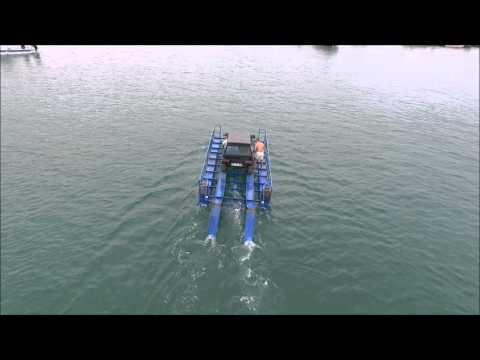 Turkish engineer Yusuf Kahvecioğlu didn't have the money to buy a motor boat. Instead, he designed his Drive on Water…

A blustery day trip from Lymington to Poole in a Windy 27…
This site is protected by reCAPTCHA and the Google Privacy Policy and Terms of Service apply.
Show More