Did you know that everyday phrases like 'turn a blind eye', 'cut and run' and 'tow the line' originated from life at sea hundreds of years ago? Take a look at these nautical terms explained

Take a look at our round-up of the most commonly used nautical terms and see how often you talk like the sailors of old.

Bamboozle
The act of deception
The 17th Century term describes the Spanish tradition of hoisting false flags to deceive enemies.

Blind Eye
Turning a blind eye means to deliberately ignore
During the Battle of Copenhagen in 1801, Admiral Nelson intentionally held his telescope to his blind eye, in order to avoid seeing the commander’s flag signal to stop the bombardment. He won. 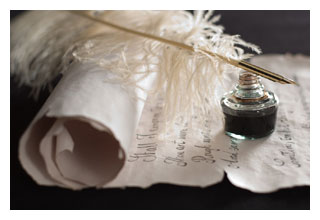 Carry On
To continue with your work
In order to ensure the fastest headway, the officer of the deck would keep a close watch on the slightest change in the wind so a sail could be reefed or added as necessary. Whenever a strong breeze came on, the order to ‘carry on’ would be given. It meant to hoist every bit of canvas the yards could carry.

Cut and Run
To depart in a hurry; to accept one’s losses and get out
Most often thought to mean the cutting of an anchor line in order to make a quick getaway but it’s hard to imagine that shipmasters enjoyed routinely losing their anchors. Therefore, it’s more likely to refer to the practice of securing the sails of a square-rigged ship with rope yarns that could easily be cut away when a quick departure was necessary.

Fluke
The word means variable
A light wind at sea that blows at variable speeds and changes direction.

Footloose
The ability to travel freely and act without responsibility or commitment
A sail that is not attached by the foot to the boom is said to be footloose and is very difficult to control as it moves with the wind.

Garbled
Mixed up, distorted or scrambled
The prohibited practice of mixing rubbish with the cargo.

Hard Up
In need
A common nautical term: ‘Hard up in a clinch and no knife to cut the seizing’. This was a sailor’s way of saying he had been overtaken by misfortune and saw no way of getting clear of it.

Keel over
To fall over or collapse
The term refers to a boat leaning over.

Knowing the ropes
To have experience of a particular procedure or skill
Honourable discharge from service on a tall ship was marked, at one time, with the term ‘knows the ropes’.

Leeway
The amount of freedom to move or act within the margin of safety
The Lee side of the ship is the side sheltered from the wind. If a ship does not have enough ‘leeway’ it is in danger of being driven onto the shore.

No room to swing a cat
A small space
During punishment all hands were called on deck to bear witness. In the case of a ship with a full crew, the deck could be so crowded that a cat o’ nine tails (a multi-tailed whip) could not be used without hitting the observers, meaning there was no room to swing a cat.

Three sheets to the wind
Someone who is unstable
If a boat’s sails are loose, the yacht becomes unstable.
Tipsy
Someone who is drunk
When a ship is unsteady or crooked it is said to be tipsy.

Toe the Line
To accept the authority and practices of a particular group
In the days of wooden warships, when men were required to muster at quarters it was customary to arrange them in neat ranks, using the tar-filled seams in the deck as references for straightness. Any absent men would be ordered to ‘toe the line’. For many, standing for long periods toeing the line was a punishment for minor misdeeds.