The sailor has taken to Twitter to update his followers after a rogue wave struck his yacht 82 miles off the coast of Spain early on in the Transat Jacques Vabre race.

After being rescued from his capsized Hugo Boss racing yacht, UK sailor Alex Thomson has been posting to his Twitter feed and website with updates about its condition and recovery.

The racing team set out by tugboat from La Coruna, Spain, on Sunday to recover the yacht and began the process of pumping the craft to empty it of water. After a day’s effort, Thomson reported the yacht had been towed and was safely tied up at the dock in Spain late last night.

Yachtsman Alex Thomson and his racing partner Guillermo Altadill required an airlift from the Spanish coast guard on Saturday when their 60ft Hugo Boss yacht was capsized by a rogue wave.

The pair was competing in the two-handed Transat Jaques Vabre Race when the wave inverted and dismasted the yacht, forcing the team to set off their emergency EPIRB. 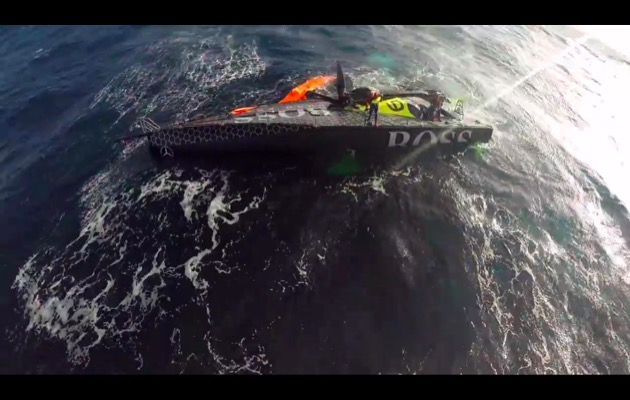 Thomson and Altadill were heading for La Coruna, Spain, for a damage assessment when the yacht overturned. The craft had suffered unspecified issues in storm force conditions, and the pair were hove to in 30 knot winds and rough seas.

A helicopter crew from the Salvamento Maritimo, the Spanish coast guard, made the rescue. 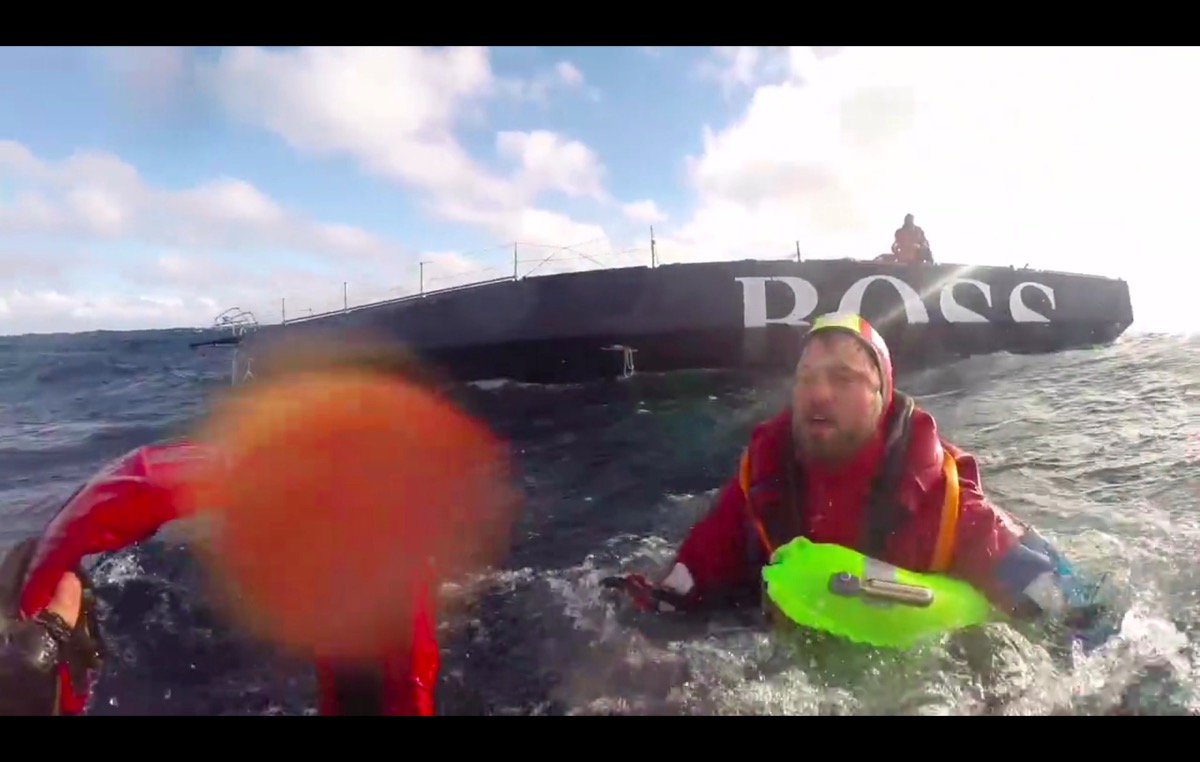 A report from the racing team’s shore crew said: “Alex and Guillermo managed to close the hatches and secure the situation whilst inverted. Alex immediately hit the [canting] keel button, bringing the [boat] back upright. They then alerted the rescue services and technical team of an emergency situation.

‘The yacht had taken on a substantial amount of water and the rig had sustained damage requiring the skippers to leave the yacht.’

The IMOCA 60 yacht’s worth is estimated at €10 million, and Thomson and his team are already planning a recovery effort.

The RNLI and Irish coastguard scramble lifeboat and helicopter to rescue three men in a stricken speedboat.

Exmouth RNLI volunteer lifesavers came to the rescue of four people in a single day on Wednesday, including a 10-year-old…